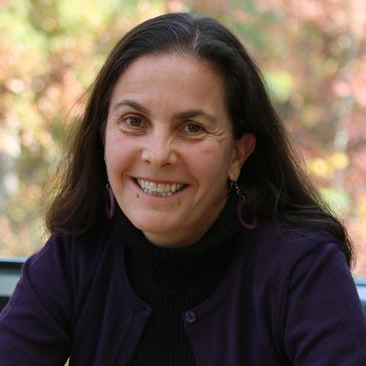 Jenni Owen is Director of Policy Engagement and on the faculty of the Sanford School of Public Policy at Duke University where she focuses on enhancing interaction among research, policy, and practice.  She has been on leave since January 2017 to serve as policy director for Governor Roy Cooper.  In November 2018, she assumed a new role for the Governor, Director of Strategic Partnerships

She works with government, nonprofit, and university stakeholders to enhance the use of research to inform and positively affect policy and practice, particularly on issues concerning disadvantaged and vulnerable children and families. In addition to teaching and advising undergraduates and graduate students, she directs the North Carolina Family Impact Seminar, a legislative education initiative, and co-directs the Duke University School Research Partnership. From 2008-2014, she was the director of the University-Based Child and Family Policy Consortium. Owen is the principal investigator for an Oak Foundation-funded effort focused on non-profit capacity building and a John Rex Endowment project on children’s positive mental health. From 2003-2008, she was the PI for the Z. Smith Reynolds Foundation’s Professional Development Initiative. She has served as a consultant to the University of North Carolina system, the Z. Smith Reynolds Foundation, and the North Carolina Network of Grantmakers. In 2007 she was awarded an Eisenhower Fellowship to South Africa and in 2010 launched DukeEngage Durban (South Africa), an annual immersive service program for undergraduates.

Before coming to Duke, Owen was a senior policy advisor to Governor James B. Hunt Jr. and the planning director for the Hunt Institute for Educational Leadership and Policy. She has served on public and nonprofit boards and in other civic engagement roles. She was a commissioner on the North Carolina Indigent Defense Services Commission from 2008-2016 and a member of the North Carolina Institute of Medicine’s Task Force on Early Childhood Obesity Prevention. She serves on the boards of El Futuro and the East Durham Children’s Initiative and is on the Policy Council of the Association of Public Policy Analysis and Management.

Speaker Details
0
Events of the Speaker
You might also love these events.
Pandemic Recovery and Public-Private Partnerships
Pandemic Recovery and Public-Private Partnerships With program demands and financial stresses on nonprofits likely to increase in 2021, how can public and private partnerships work better together to support fragile nonprofit operations and disrupted service delivery systems caused by COVID-19? ...
Expired
2020 Conference for North Carolina Nonprofits
Expired