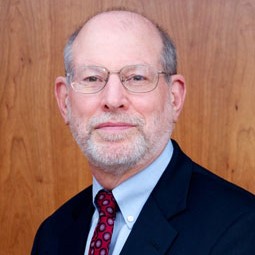 Previously Mr. Sarratt had over forty-five years of experience in a wide-ranging commercial litigation practice, representing every size business from sole proprietors to multi-national corporations in both state and federal courts, at both the trial and appellate levels. Prior to joining Harris Sarratt & Hodges, Mr. Sarratt was a partner at Brooks Pierce, Kilpatrick Townsend, and Kennedy Covington. Mr. Sarratt received his bachelor of arts, with highest honors, in Economics and Political Science from the University of North Carolina in 1969, where he was a Morehead Scholar and Phi Beta Kappa. He earned his J.D., with honors, from Harvard University in 1972.

Mr. Sarratt is married to Cindy Wittmer, retired partner in the law firm of Parker Poe. He and Cindy have four children, none of whom are even thinking of being lawyers.

Speaker Details
0
Events of the Speaker
You might also love these events.
2020 Legal Update for NC Nonprofits
Charitable nonprofits are required to comply with a wide array of federal and state laws and regulations. During this workshop for nonprofit staff and board members as well as attorneys, CPAs, and consultants, get answers and information on many common...
Expired
2020 Conference for North Carolina Nonprofits
Expired