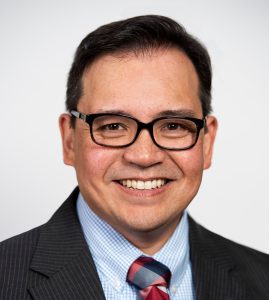 Rocky M. Cabagnot is an Attorney at Hull & Chandler P.A. in Charlotte, North Carolina.   He recently joined the firm where he provides legal services to nonprofits and public charities, advising these entities on a wide range of legal issues.  Prior to joining Hull & Chandler, Rocky served as the Executive Director of the Salisbury-Rowan Community Action Agency, a multi-million dollar 501 (c)(3) public charity that administered Head Start/Early Head Start, affordable childcare, and family self-sufficiency programs (Community Services Block Grant) throughout six counties in North Carolina.  From 2012 through 2017, he served as a clinical law professor at an ABA accredited law school in Charlotte, NC where he developed and supervised the law school’s Community Economic Development Clinic, providing pro bono legal services to nonprofits and community groups throughout the Charlotte metro region.  From 2005  through 2011, Rocky supervised the community economic development practice unit (called The Revitalize Our Communities Project) at Legal Services of North Florida in Tallahassee, Florida.  From 2003 through 2005, Rocky served as an Equal Justice Works Fellow at Three Rivers Legal Services (Gainesville, Florida) where he developed a rural based access to justice initiative.  Rocky serves as the Chairman of the Fair Housing Committee for the City of Salisbury, North Carolina and is a member of the Board of Directors at the Southeast Asian Coalition in Charlotte, NC.  He holds a law degree  with Honors from the University of Florida Levin College of Law, a Masters in Mass Communication from the University of Florida College of Journalism, and a Bachelor degree from the University of North Carolina at Chapel Hill.